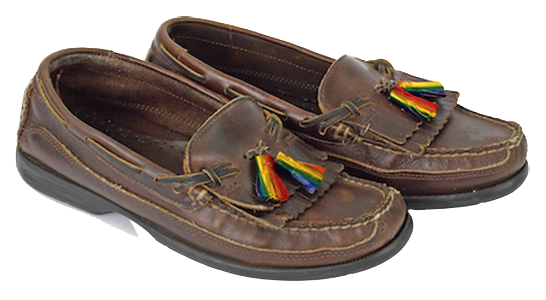 In 1985 my life partner of 33 years died. For many years we had been part of a large “friendship group”, many of whom had been together longer than we had. But I was the first to lose a partner. After a few months I began to feel the need to explore community. Already retired, the necessity of being closeted was gone. I soon discovered there was no group for mid-life an old lesbians in Houston, and began the search for such groups around the U.S.

In April of 1987 I loaded my camper and headed for California. I started in San Diego, and worked my way up the coast to San Francisco finding and visiting senior LGBT groups. I came home with much information, and some suggestions about organizing. One fact that was consistent with all the groups was that if the group was for both men and women - the women dropped out. The recommendation was to start a group for women only.

I had become friends with some young lesbians here in Houston who knew the Gay community. We started meeting and brainstorming, and the group now known as LOAF was born. 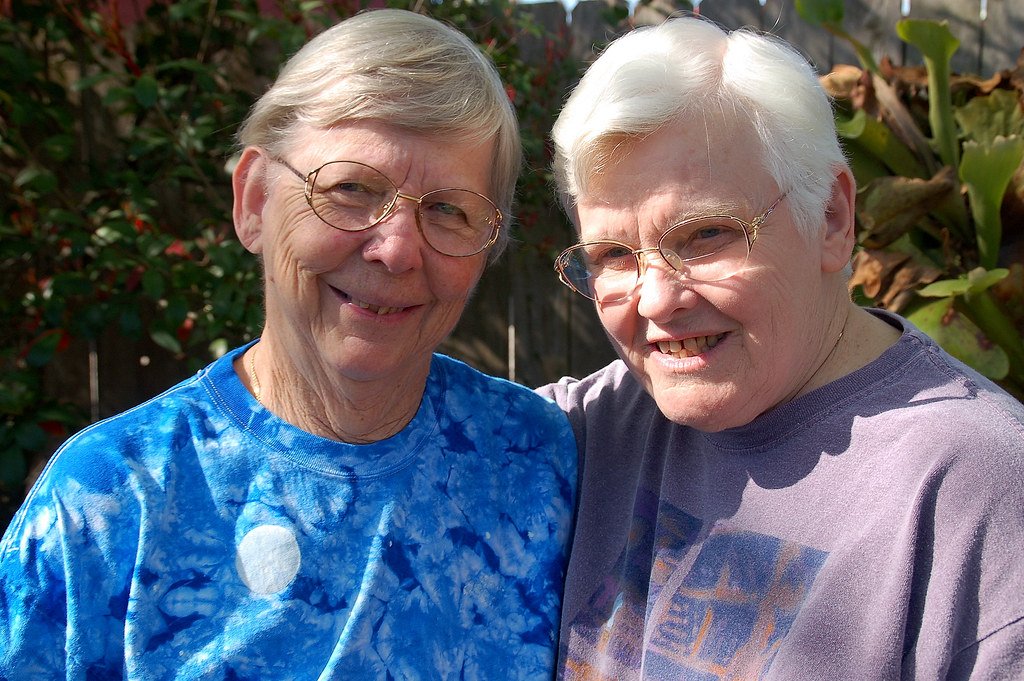 The Founding Mothers of LOAF are Ruth Sathre (nurse), Jane Corinne (social worker), Bonnie Kell (gerintologist), Barbara Brumfield (psychotherapist), Linda Snook (certified counselor), and myself.  I was a generation older than these women, but they had the knowledge of community necessary to start a group of this kind.

Some of the issues addressed by this committee were:

Much that we discussed that day is still the heart of the group today - decisions by consensus at monthly meetings and activities governed by needs and wishes of participating women. It was soon decided to make the age requirement for membership age 50, and we became LOAF.

In 1989 member Jo Stewart, social worker at Methodist Hospital, started urging LOAF to incorporate as a non-profit. The work began in 1990 with Moore & Hunt (Debbie Hunt) as our Corporate Attorneys. Jo died of cancer in 1990. The work for application of our 501(c)3 was done by Floi Ewing, Arden’s sister, and our non-profit status was granted in January 1991. Loaf incorporated as a social networking and support group without a membership roll to protect the anonymity of the women in LOAF.

Third Sunday meeting places have changed over the years. We moved from Womynspace to Autrey House near Rice University. We were there from November 1987 until May 1990 when the new Bishop dis-invited all GLBT groups because of homophobia. We spent a couple months at Montrose Counseling Center (on Lovett), and then moved to the Metropolitan Multi- Service Center on W. Gray. We met there from August 1990 until January 1993. We left because the city started closing the centers on Sunday, and we were not willing to change our meeting day. From February through June we met at Inklings Book Store . In July we started our long occupancy with Houston Mission Church, and met there until the church dissolved in April 2001. We then met at the Hollyfield Center for seven months. From there we went to the GLBT Community Center on Hawthorne where we stayed until July 2003. Attendance was dropping off, and some of the women were not comfortable in a gay identified place. So Third Sunday Meetings moved to Charlotte and Arden’s home - and we met there from August 2003 until April 2011. Membership had grown until the meetings had reached critical mass and parking was a problem. So a team of board members started researching for a new home. And on the third Sunday of May 2011 LOAF started meeting at the Montrose Counseling Center. A new era had started.

The activities of the monthly meetings were decided by the participating women. Rules were very limited, and decisions were made monthly by the women attending. We soon decided to set up a quarterly meeting schedule of pot-luck, speaker, and games. We followed this schedule for at least ten years. New ideas/programs were added as time allowed. Our first speaker was Pokey Anderson, an icon in the GLBT community. She provided much information about our history in Houston. We also decided to ask Deb Hunt to talk to us about documents, and she has done this periodically over the years. She spoke to us well before we decided to incorporate, and she then became our Corporate Attorney.

In November 1988 we instituted our annual Benevolent Project. We collected items to contribute to Stone Soup Kitchen - a GLBT food pantry. We have done this every year since, and have contributed to groups such as Omega House, The Rose, Battered Women, local lesbian organizations, and some individuals.

All of these decisions were made by the women at the Third Sunday meetings. There have never been rules instigated by the Board of Directors. Because many women don’t want to attend meetings, we changed Third Sunday Meeting to Meet ‘N Greet several years ago. And that is what we do - take care of any necessary business. But greet newcomers and socialize with our friends. 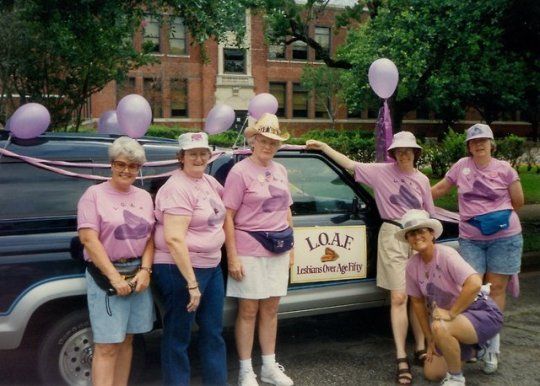 Socials have always been a big part of the activities for LOAF, and having a social as well as the monthly “Third Sunday” meeting was always on the calendar. Pot lucks topped the list for many years, and they were hosted by women in their homes. That is more difficult now because of the size of the membership. Bev and Sandy have hosted a potluck since 1995, and Eva Geer for several years.

The ice cream socials started in 1989. There are still women who have never cranked or eaten home made ice cream.
The “picnic in the park” started in 2000. We have held picnics in a couple State Parks as well as Tom Bass Park in recent years.
In 1988 we started attending the TUTS Broadway Musical at Miller Theater in July. We bring a snack supper and a chair and sit on the hill.
In 2000 we started eating at Sudie's Catfish House in January. A breather from a busy party season, but a good way to connect.
From 1987 to 1994 we had “Second Tuesday Dancing”. First at The Ranch, and then at Ms B’s, it was our way to celebrate birthdays of the month. It was well attended.
From 1989 to 1993 we had a five day Thanksgiving camp-out at a State Park. We roasted turkey and women came for potluck on Thanksgiving Day.
We had from 10 to 20 campers, and maybe 25 for dinner.
We have had a Christmas party every year since 1987.
We have had several Port of Houston tours on the Sam Houston; several Houston Zoo tours; museum tours; and out-of town tours for bluebonnets, miniature horses, and Blue Bell ice cream. And occasionally, for lack of inspiration for an event social, we simply met for lunch at a local restaurant.

Our connection with each other is the heart of what LOAF is all about. And there are new and creative ideas being explored. 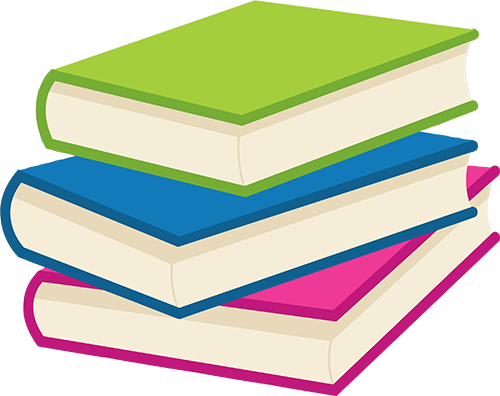 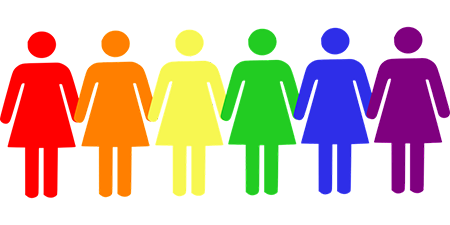 The LOAF Library has been an important part of the offering to the women. It started about 1987 when Arden discovered there were books - both fiction and non-fiction - about lesbians. We had one bookstore then -” Wilde ‘N Stein” - that had a limited selection of lesbian books. Then Arden discovered Womencraft Books, a mail order book company. This began the collection now in the library. Over the years women have donated books. At one time we took duplicate titles to our book stores (Inkilngs and Book Woman) and traded them for titles we didn’t have on the shelf. When the last book store closed we started donating duplicate copies to HATCH, and they are building their library. We have a collection that includes feminist, fantasy/sci-fi, poetry, non-fiction, as well as fiction books. We have a collection of out-of-print periodicals, women’s music, and a video library. We have some beautiful “coffee table” books. We have copies of many of the “pulp” books.

LOAF also was gifted with a beautiful pianola player piano and about 150 piano rolls. Marie Mariano donated it several years ago. It was in the “Allison” flood, and when it was restored Arden was told it was a beautiful instrument, and quite valuable.

LOAF has become a unique organization in that it is the oldest lesbian organization in Houston, and the only one of its kind in Texas. Over the years there has been quite a bit of exposure and promotion for LOAF.

For 17 consecutive years, from 1987 to 2004, we had a Texas Lesbian Conference that rotated between Houston, San Antonio, Austin, and Dallas. LOAF presented workshops at five of these conferences. LOAF did a workshop at the National Lesbian Conference in Atlanta in 1991. We did a workshop at at the PFLAG “Healing the Hurt” conference in 1994. We did a program at the Silver Threads conference in St Petersburg, FL. We have done programs at three OLOC conferences. Charlotte and Arden participated in a live TV show about senior GLBT persons in Dallas. We participated in a documentary on GLBT seniors produced in Canada. And another documentary for Golden Threads at Cape Cod. We participated on a panel for the Women’s Studies Department at the University of Houston for their “Living archive” series. We have done several programs for the Women’s Group in Houston, and appeared on the After Hours radio show on KPFT several times.

All of these appearances are documented and part of the LOAF Archives. One result of these workshops and programs has been the formation of similar groups for mid-life and old lesbians throughout the country. But most important is the connection with other lesbians of our generation and avoiding isolation.